How to Reduce Residual Counterparty Risk under IM?

With the new rules on the margining non-cleared over-the-counter (OTC) derivatives trades on the horizon, market participants’ concerns about the risk of settlement are growing.

In their technical article Does Initial Margin Eliminate Counterparty Risk?, Alexander Sokol, Chief Executive Officer of technology vendor CompatibL, Leif Andersen, Global Co-head of the quantitative strategies group at Bank of America Merrill Lynch, and Michael Pykhtin, a manager in the quantitative risk team at the Federal Reserve Board in Washington, DC, showed that initial margin (IM) and variation margin (VM) are able to reduce exposure by less than a factor of 10. However, regulators expected the reduction to be by at least a factor of 100.

There is a good reason for such a disparity in the numbers, which is shocking but not surprising. The quants explained how IM and VM work and how to resolve the issues they cause.

A tale of two margins

Following the financial crisis of 2007 and 2008, the counterparty risk exposure associated with OTC derivatives became a focus of regulators driving major financial reforms. Since 2015, with revision of the framework for margin requirements by the Basel Committee on Banking Supervision and International Organization of Securities Commissions (BCBS/IOSCO 2015), the use of VM and IM has become mandatory for all non-cleared OTC derivatives. While using VM for OTC transactions was commonplace prior to 2015, the introduction of IM rules signaled a change in market practice.

VM is the most typical collateral mechanism. It aims to keep the exposure gap between a portfolio value and posted collateral below a certain threshold. However, even if the threshold is approximately zero, there remains a residual exposure to the counterparty’s default. The margin period of risk (MPoR) is an aggregation of certain contractual and operational time lags. During these lags, the exposure gap can widen.

IM supplements VM: it offers a mechanism to reduce the residual exposure banks face over the MPoR.

In addition, under BCBS/IOSCO 2015, new uncleared margin rules (UMR) were introduced: VM thresholds are now to be forced to zero and IM should be posted into segregated accounts bilaterally at the netting level, through an internal model, or by look-up in a standardized schedule. The UMR final phase is scheduled for 2019 and 2020, when the IM requirements for counterparties are implemented.

In 2016, the International Swaps and Derivatives Association (ISDA) created a standardized internal model, known as the standard initial margin model (SIMMᵀᴹ), which they encouraged market participants to apply for day-to-day calculations. ISDA SIMMᵀᴹ aims to reduce the potential for margin disputes and generally increase market transparency.

The quants saw the way margin payments are transacted in the OTC market under credit support annexes (CSAs) as the major source of margin settlement risk.

According to Risk.net, the real issue arises when there is a need to make a large trade payment within MPoR: if a party defaults, a risk of not being repaid occurs.

A simple change in the CSA can resolve this, according to Alexander Sokol, Leif Andersen, and Michael Pykhtin. In their article, the quants proposed amending the CSA so it would specify that trade payments due prior to the scheduled margin payments should be subtracted from the portfolio valuation.

Such a change in the CSA has multiple benefits. It shortens the exposure spikes and MPoR, reducing overall counterparty credit risk. It eliminates the need to use outside hedge funds during this two-day lag. Mechanisms such as CLS Bank favor the removal of principal risk by using payment-versus-payment (PVP) for foreign exchange settlement.

Regulators are now becoming interested in the issue. For example, the European Central Bank included an MPoR section in its Guide for the Targeted Review of Internal Models. The market anticipates that such discussions will yield useful solutions. Model Validation Best Practices for Banks
What is model validation and why is it important for model risk management for banks and financial ...
Read More 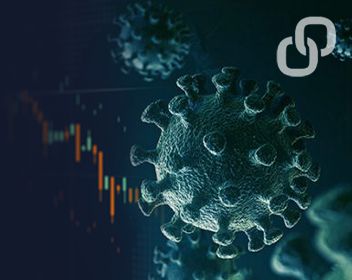 How to Choose the Best Cloud Deployment Model for Your Business
Every company has its own unique business needs, creating a challenge for cloud services and ...
Read More
Contact CompatibL
Submit your query and one of our experts will be in touch
Call the modal with data-remodal-id="modal"
The workshop is open to software engineers, data scientists, quantitative risk managers, and anyone who is interested in learning more about machine learning models and their applications in finance. Register