From Basel III to Basel IV: What’s New in the Package for Banks?

Basel Rules and Their Key Requirements

In banking, Basel Accords are an internationally agreed set of rules developed by the Basel Committee on Banking Supervision (BCBS) in response to the numerous challenges faced by the financial and capital markets. As the Bank for International Settlements (BIS) explains, the measures set minimum standards and requirements that apply to internationally active banks and financial institutions.

The BCBS regulations and requirements have no legal force. The Basel Accords are recommendations expected to be implemented by member countries. The first Basel Capital Accord was supported by G10 Governors and central banks. Today, there are 28 jurisdictions and 45 institutions, consisting of central banks and authorities responsible for banking supervision in their home countries.

Basel Committee membership, institutions, and representatives responsible for supervision in the banking sector

All the members, groups, agencies, and bodies responsible for supervision have played a vital part in formulating the BCBS’s core principles. These form a basis for the supervisory system and standards that are further explained and embodied in the Basel framework.

Known as Basel I, II, and III, the Basel Accords consist of three sequential banking regulations set by the BCBS.

As part of its mandate, it provides recommendations on banking and financial regulations, specifically those pertaining to capital risk, market risk, and operational risk.

The Basel Accords and Their Principles

The Basel Accords continued to develop. Thus, from 2012 through 2017, the Committee addressed the issues of banks’ exposure to central counterparties, margin requirements, measurement of counterparty credit risk exposures, and calculation of capital requirements for securitizations. They did this by introducing the Fundamental Review of the Trading Book (FRTB) capital requirements and enhancements to the framework for disclosure requirements.

In 2017, new standards were put in place for the calculation of capital requirements for credit risk, credit valuation adjustment risk, and operation risk. One of the objectives of these new standards was to reduce the excessive variability of risk-weighted assets (RWA), which we will discuss further below.

The Basel III framework addressed a number of shortcomings and provided a foundation for more resilient banking. But the ongoing reform of Basel III and its implementation have revealed further systemic vulnerabilities.

When Basel III was published by the Basel Committee on Banking Supervision in November 2010, it was originally scheduled to come into effect between 2013 and 2015. However, its implementation was repeatedly extended, first to January 1, 2022, and then again until January 1, 2023, as a result of the COVID-19 pandemic.

The reasons for the global financial crisis are quite complex. Before the 2008 crisis, there was a period of excess liquidity, which became partially invisible for many banks and supervisors. Subsequently, the banks discovered they had insufficient liquidity reserves to meet their obligations, while the quality of their capital was also inadequate. Basel III, being the biggest regulatory change to date, allowed the reform of the entire banking sector landscape.

If a bank faces financial stress, it can use the buffer, but doing so can lead to even more financial constraints when it pays dividends.

However, in addition, Pillar 1 was reinforced with capital and liquidity requirements.

We should also mention that changes to Pillar 1 introduced the Capital Adequacy Ratio (CAR) and, in particular, the definition of capital and minimum CAR requirements, for which the BCBS issued a consultative document on the FRTB, which outlines market risk requirements such as:

According to the OECD Journal, Basel II never properly came into effect due to the crisis. Under Basel III, the Basel Committee introduced changes to capital requirements, such as raising the quality, consistency, and transparency of the capital base, enhancing risk coverage, introducing the leverage ratio, and considering the role of procyclical factors, though it failed to address some major concerns, particularly about the changes to the risk-weighted asset framework.

From Basel III to Basel IV: What Changed?

Basel IV, also known as Basel 3.1, is one of the hottest topics in the banking industry, and with good reason. Basel IV will increase capital requirements for undercapitalized banks, and the BCBS has proposed certain measures to fulfill this goal. Basel IV (Basel 3.1) is scheduled to be implemented on January 1, 2023.

Basel I offered quite simple risk weights focusing on credit risk and offering a market risk component. However, in 2012, according to the European Parliament briefing, the BCBS initiated a comprehensive review of the risk-weighted capital framework to finalize the Basel III norms and strengthen the resilience of the global banking system.

In 2017, the Basel Committee published finalized rules covering major issues associated with RWA. These rules outline fundamental changes to calculating capital ratio and RWA by all banks, no matter their size or the complexity of their banking model. Such changes were deemed to be the “finalization” of the Basel III package of reforms (Basel 3.1). Nevertheless, many experts consider this the beginning of the new Basel IV Accord, due to the scale of the modifications (compiled by Deloitte).

ModVal.org, a Free Resource for Model Validation
Detailed calculation walkthroughs and validation spreadsheets for some of the most complex regulatory calculations.
Explore ModVal.org

The securitization framework sets out revised methodologies for the calculation of regulatory capital requirements for securitization exposures held by banks in their banking book.

The criteria cover asset risk, structural risk, fiduciary, and servicer risk in a securitization as well as for capital purposes. For a securitization that meets these criteria, banks may see lower regulatory capital requirements using the new approaches. However, the determination of the approach will rely heavily on the amount of data available as well as national jurisdiction.

Multiple approaches have been streamlined into just three approaches, and the criteria for determining each approach shifted from the responsibility of the bank to the reliance on information available.

The new approach will allow banks to calculate their RWA as the higher of:

The total RWA calculated cannot be less than 72.5% RWA determined by the standardized approach.

Subject to national discretion, regulators may cap the increase in total RWA at 25% of the bank’s RWA as banks adjust for the output floor during the transitional period.

The leverage ratio will restrict the accumulation of leverage that risk downward pressure on asset prices as banks rush to deleverage in times of financial crisis and strengthen the risk-based capital requirements with a simple measure providing a last resort security.

The leverage ratio buffer seeks to mitigate externalities created by G-SIBs and is in line with the risk-weighted G-SIB buffer.

The BCBS has revised its principles for the sound management of operational risk. The new standardized measurement approach includes:

The revised framework will account for the exposure component of CVA risks, which was not covered previously, and will be consistent with the approach set out by the revised market risk framework, the FRTB.

A bank that has an aggregate notional amount of non-centrally cleared derivatives that is less than or equal to €100 billion may choose to set its CVA capital equal to 100% of its capital requirement for counterparty credit risk (CCR).

The BCBS more clearly defined the regulatory boundary between banking and the trading book. It has further set out guidance to help banks with classification of the instruments in the trading and banking books based on the liquidity of instruments and the ability to value them on a daily basis.

Additional classification guidelines were introduced for:

The Committee outlined requirements for treatment of risk transfers from the banking book to the trading book:

The standardized approach for market risk

Using elements from the former standardized measurement method, the sensitivities-based method builds on the elements and expands the use of delta, vega, and curvature risk to factor sensitivities.

The standardized approach capital charge is the sum of:

The main changes for the internal model approach for FRTB are:

Banking and markets may face unprecedented regulatory shocks in the wake of the Basel IV credit risk rule: risk-weighted assets will likely rise by two-digit percentages, the output floor is expected to weigh heavily on banks using the internal-ratings-based (IRB) approach, and the mortgage business will be adversely affected.

As a general view, the implications will be varied—from specific product areas such as mortgage lending to effects on strategic funding.

The standardized approach for credit risk

The revision by the BCBS seeks to improve the granularity and risk sensitivity of the standardized approach.

The probability of default (PD) floor was recalibrated, and loss given default (LGD) and exposure at default (EAD) floors were introduced:

In addition to the removal of the 1.06 scaling factor currently applied to RWA, the revision by the Committee removed the IRB approach for some of the exposures.

Basel IV’s implementation date of January 1, 2023, is rapidly approaching, with banks in the EU, UK, and US eagerly awaiting further details regarding what will be required of them. Although some banks have questioned the timing, regulators remain steadfast in their goal to complete the final reforms.

Keep in mind, however, that as a result of the pandemic and the upcoming regulatory process, the implementation of Basel IV (Basel 3.1) has already been put on hold once.

It is important to note that the impact of Basel IV may vary by location as well as by the type and business model of certain banks. It is time for banks to work out their own capital management strategies in order to be ready for Basel IV. The development of such strategies requires extensive knowledge and expertise.

The winds of change regarding Basel IV have already forced some larger banks to apply advanced modeling and optimization approaches and even to review their legal entity setup. There are many areas to consider while maintaining the pace of capital efficiency: product offerings, policies on collateral and guarantees, repricing, management of costs, etc.

What is more, the technical side may become a major challenge. How to calculate RWA accurately? How to ensure the data is complete and used appropriately?

Get the Most Value

At CompatibL, we help our clients adjust their strategies in line with the forthcoming requirements and understand the evolving regulatory requirements. 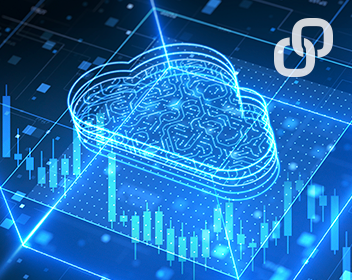 Main Risk Architecture Issues and How to Solve Them
The risk architecture (or risk management architecture) is a crucial element of every financial ...
Read More Cloud Computing in Banking in 2022: Challenges, Benefits, and Solutions
In today’s hyperconnected world, the banking industry is undergoing a digital revolution. A unique ...
Read More
Contact CompatibL
Submit your query and one of our experts will be in touch
Call the modal with data-remodal-id="modal"
The workshop is open to software engineers, data scientists, quantitative risk managers, and anyone who is interested in learning more about machine learning models and their applications in finance. Register